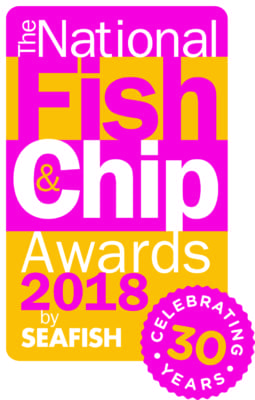 The UK’s top 10 fish and chip shops have been revealed as part of the 30th anniversary National Fish & Chip Awards, organised by Seafish.

Following the latest round of judging, 10 businesses have been shortlisted for the Fish and Chip Shop of the Year Award, one of 15 categories in the 2018 National Fish & Chip Awards. The 10 shops, representing the best of the best of British fish and chips, will now compete in a final judging stage with hopes to be crowned the nation’s number one shop. 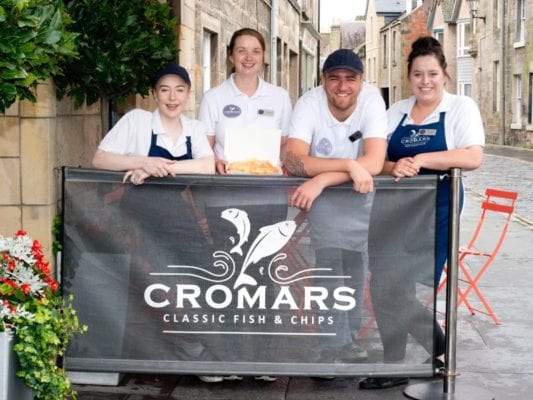 Hailing from across the UK *, the 10 finalists in what are considered to be the ‘Oscars’ of the fish and chip industry are:

To make this final stage of the competition, the 10 shops have had their frying skills put to the test as well as being assessed against a variety of judging criteria, including menu development and innovation, sustainable sourcing policies, staff training processes and marketing activity. Judges also made unannounced visits to shop premises to undertake full business audits and additional appraisal of the fish and chips and level of customer service that were on offer.

The 10 regional winners will now progress to the final stage of judging to be held in London in January 2018. Facing a specialist judging panel they’ll be quizzed on a range of industry related topics and be required to demonstrate how they successfully run a profitable business and plan for future development.

Marcus Coleman, Chief Executive at Seafish, added: “The Fish and Chip Shop of the Year Award is one of the highest honours a fish and chip business can receive, and it is renowned for its competitive nature rewarding only the best of the best in the industry.

“Entrants are judged on every element of running a successful fish and chip business; from the product itself to how they are responding to wider industry issues like responsible and sustainable sourcing of key ingredients. By the time the awards ceremony comes around, our finalists have gone through a comprehensive seven-month judging process.

“Having watched our 10 finalists progress through the competition, I can safely say that their skill and dedication is outstanding – they are a true representation of the crème de la crème of our industry and sum up perfectly why British fish and chips are, and will always be, the best in the world.

“I look forward to welcoming them all to the final awards ceremony and crowning 2018’s best fish and chip takeaway in the UK.”

Speaking of their success in last year’s awards, reigning champions Nikki Mutton and Craig Maw of Kingfisher Fish & Chips in Plympton, Plymouth, Devon, added: “We were absolutely elated when we won the title of best fish and chip shop as part of the 2017 National Fish & Chip Awards. We’ve been so busy serving our brilliant customers that we’ve actually had to hire more than 10 new members of staff since winning the title in January.”

The 10 UK finalists will now go on an expenses paid study trip to Norway, courtesy of sponsors the Norwegian Seafood Council. Visiting the port city of Ålesund, finalists will discover and learn all about the supply chain of Frozen At Sea (FAS) fish from Norway to the UK. They will also have the chance to witness the whole fishing process; from catch to processing and filleting, and learn about the science behind Norway’s successful fishery management policies and practices, making it one of the world’s most sustainable fishing nations.

The overall winner of the Fish and Chip Shop of the Year Award will be announced at The National Fish & Chip Awards’ 30th anniversary ceremony in London on 25 January 2018.